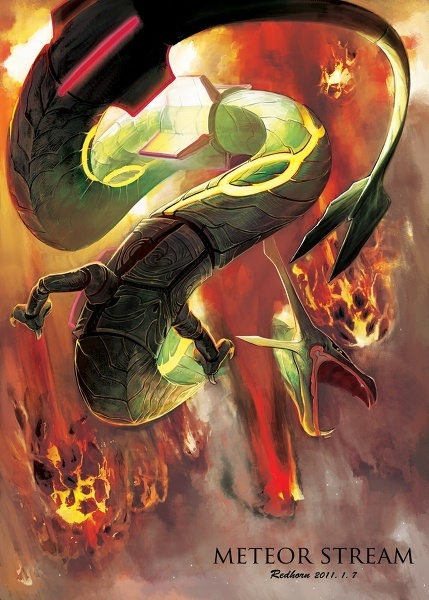 Rayquaza’s first major appearance was during the Pokemon movie Destiny Deoxys. It takes one of the main roles in the movie as it protects the Pokemon world when Deoxys speeds past the ozone layer and lands on earth. Rayquaza and Deoxys take each other on in some insane fights during the movie. Here is a video to see them.

As you can see, Rayquaza has some insane power. It also made many appearances throughout the TV series and other Pokemon movies. One that cannot be left out is its appearance in the latest Pokemon movie Hoopa and the Clash of Ages.

Rayquaza was a shiny and Mega Evolved! What more can you ask for! Here is a little sneak peak of what it looks like alongside Mega Groudon in the movie. I won’t show you a video clip as you will have to see this movie (no spoilers). But, it does a great job at fighting against the enemies in the movie. 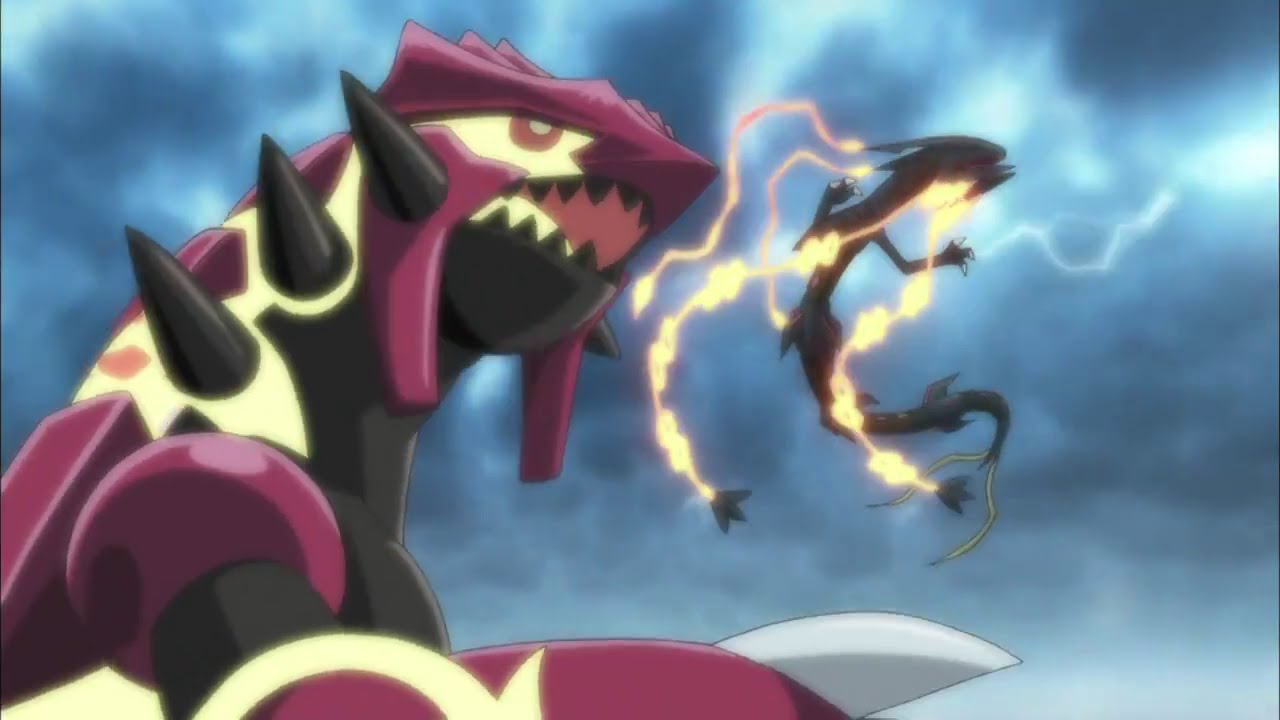 Within the game, Rayquaza has always been insanely strong and why shouldn’t it be? It’s a top tier legendary after all. Before mega evolution came out, Rayquaza took the crown as the strongest Dragon type in the game. With some competition from the later legendary dragon types in generation 4 and 5, Rayquaza was always a top sweeper.

Now Rayquaza has a Mega Evolution, what is holding it back now? Rayquaza is debatebly now the strongest Pokemon in the game. Having only to learn the move Dragon Ascent to Mega evolve, it is the only Pokemon that can mega evolve and have a strong battle item held at the same time.

Rayquaza is a god like Pokemon with an ancient role to protect our Pokemon World. The artwork is one of my favourite I have ever seen. I wish to find one exactly the same one day, but in perfect resolution to use as a desktop background.

Remember to help me find the creator of the art!